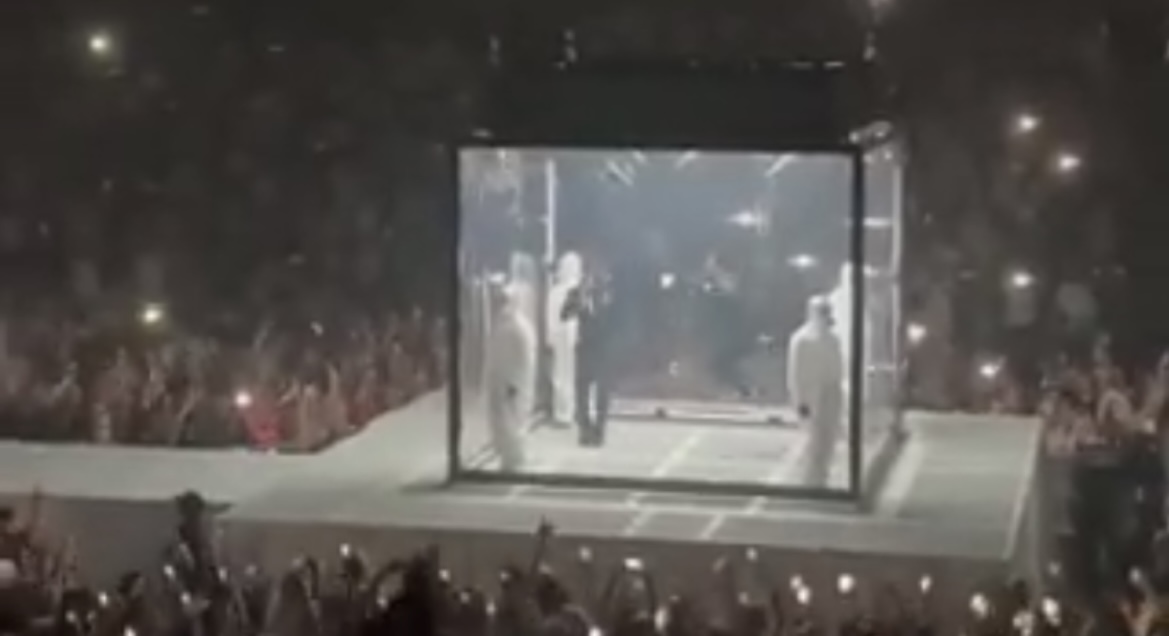 The first stop of Kendrick’s tour was in Oklahoma City, and the energy was definitely real. One of the biggest moments of the night, was when Kendrick brought out Baby Keem to perform Keem’s “Family Ties” single. This song initially appeared on Keem’s 2021 debut studio album, “The Melodic Blue.”

Kendrick and Keem were seen performing their collab inside of a bubbled area, with other people inside, dressed in all white. Kendrick and Keem sported all-black attire. As soon as the two began programming Family Ties, fans at the Paycom Center erupted in excitement. Keem and Kendrick are both cousins, as Keem is also signed to Kendrick’s PGLang record label.