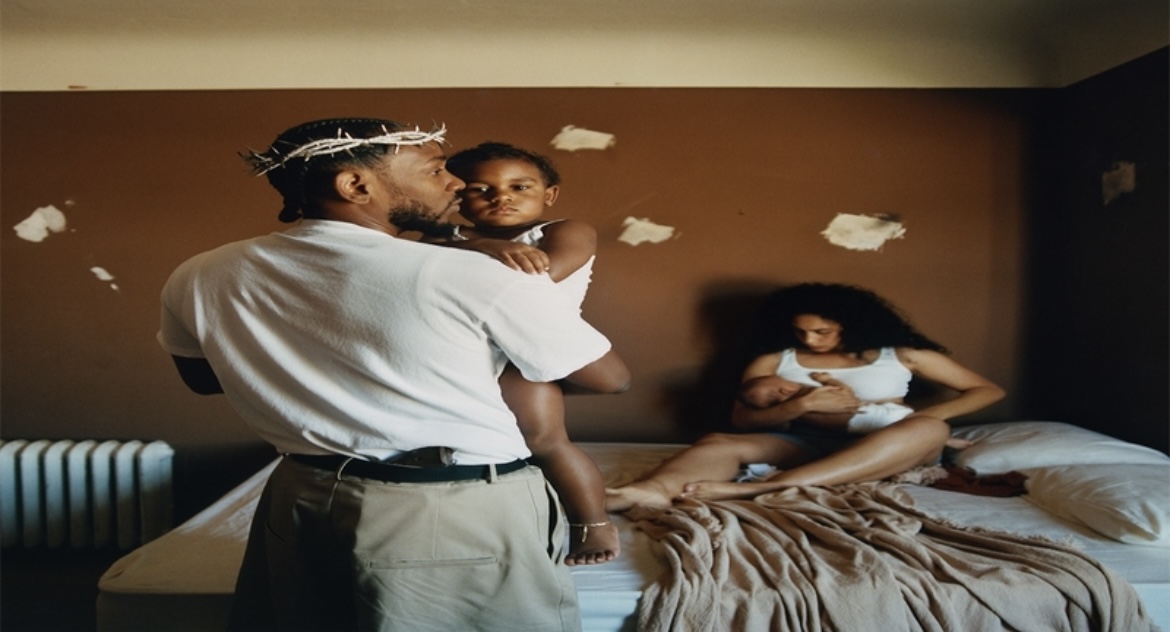 Kendrick Lamar is set to finally release his fifth studio album, “Mr. Morale & The Big Steppers,” this Friday. This is Kendrick’s first album since “Damn,” way back in April 2017, and will be his final album, while on Top Dawg Entertainment.

Kendrick initially announced this forthcoming album, last month. Now, the Mr. Morale & The Big Steppers cover art is also officially here. This displays Kendrick with his wife and their two children. They appear to be in one of the rooms in their home.

This cover art revealing comes after Kendrick released his new “The Heart 5” single, last weekend. Fans love the video for this track as well, as Kendrick morphed into Nipsey Hussle, Will Smith, Kobe Bryant, OJ Simpson, and more. Kendrick was even rapping from Nipsey’s perspective, when that point of the music video came. The Heart Part 5 is also the first official single by Kendrick, since the spring of 2017.

Mr. Morale & The Big Steppers is also expected to have the biggest first week sales debut, of 2022. The projections are between 350,000-400,000 units. This would also be Kendrick’s third straight number one album.

More in Album Preview
LAPD reveals that documents from doctor, who treated Megan Thee Stallion’s 2020 foot injury, state that Megan suffered injury from stepping on glass, and not gunshot wound
Young Thug charged with seven new felonies, after being indicted, with his YSL gang