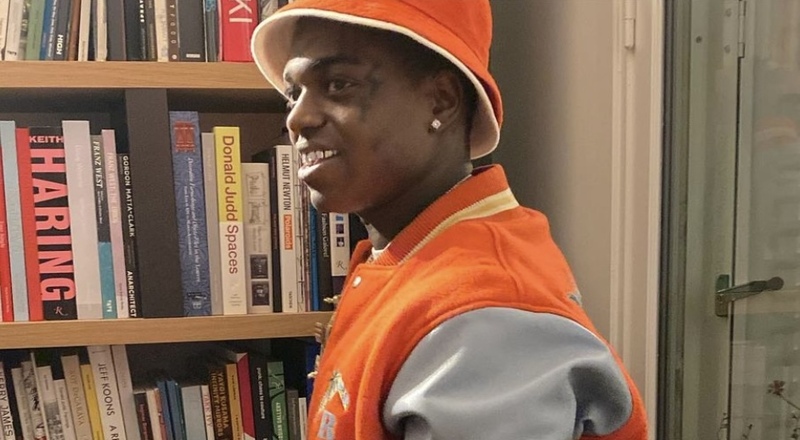 Kodak Black says recent arrest was due to racial profiling

Last week, Kodak Black ran into legal troubles again. That went down due to Kodak being pulled over and arrested, in Fort Lauderdale, for reported expired license plate tags. Police ended up finding over 31 oxycodone pills in his car, as well as allegedly over $75,000 in cash.

Kodak’s lawyer, Bradford Cohen, went on to negotiate $75,000 bond, as well. He also initially claimed that Kodak had the pills to treat pain caused from being shot this year, as well as being attacked by security, when he was in a Kentucky prison. Kodak has since been ordered to be placed under house arrest, as well as drug testing. Cohen was able to get Kodak to be granted permission to perform at Rolling Loud Miami, last weekend, though.

Now, Kodak continues to voice his frustration, over this arrest. He recently dissed the officer who arrested him. Now, he is claiming that he was racially profiled, and had his character assassinated. Kodak also plans to take legal action.

“I’m being racially profiled and as a black man in America I deserve my freedom especially with everything I do for my community I should be getting love , respect and support from the authorities ! To move freely , not getting arrested for expired tag and dark windows. Ima Sue these people for every dollar I gotta spend bout this sh*t!

“This Sh*t bogus Af I feel like This a character assassination issue Kuz theirs no way I should be getting harassed bout my tag being expired , that’s no reason to even search my car in the first place and going to jail about having my medication in the car is insane.”

Kodak Black says recent arrest was due to racial profiling