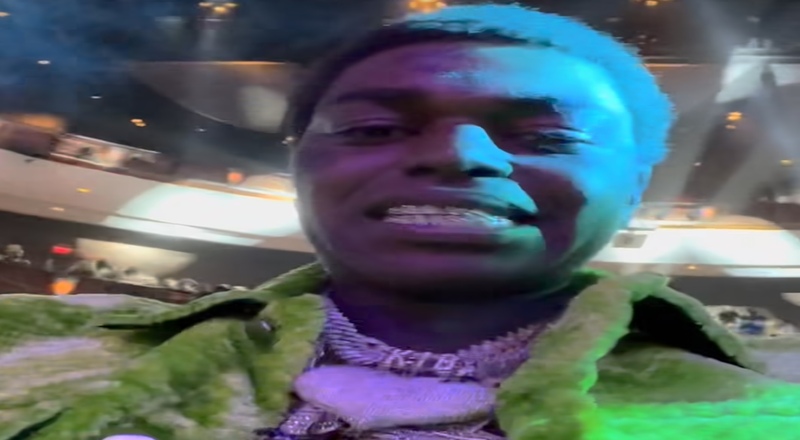 On Tuesday night, the 2022 BET Hip-Hop Awards aired, as the ceremony was held in Atlanta, last week. Latto took home a major award, as this was for her 2021 smash hit single, “Big Energy.” Latto edged out songs such as Kodak Black’s “Super Gremlin” and Hitkidd and GloRilla’s “F.N.F. (Let’s Go.)”

Now, Kodak is going off on Latto and BET, on Twitter, after Big Energy won Song Of The Year. This comes after Latto hinted at Kodak trying to shoot his shot at her earlier this year, for his verse on her “Bussdown” song. That appeared on her “777” album.

“The Woman Empowerment Sh*t Kool ! Don’t Take Nun From Nobody But You Still Gotta Work For It ! Don’t Jus Simply Give It To Somebody Kuz They A Woman !!!!! If That’s The Case Y’all Shoulda Gave Song Of The Year To Glorilla Not That Hating Ass Mutt.”

Kodak also called for a boycott of BET, as well as BET’s Connie Orlando, who is the SVP of news, music, and specials, at the network.

Big Energy went on to peak at number three, on the Billboard Hot 100 chart. It’s also platinum in the US. This past spring, it went on to receive a huge remix, featuring Mariah Carey and DJ Khaled.

More in Hip Hop News
Diddy says Yung Miami is one of his “best friends” [VIDEO]
Yung Miami claims that people are mad that her “Caresha Please” podcast was named Best Hip-Hop Platform, at #HipHopAwards