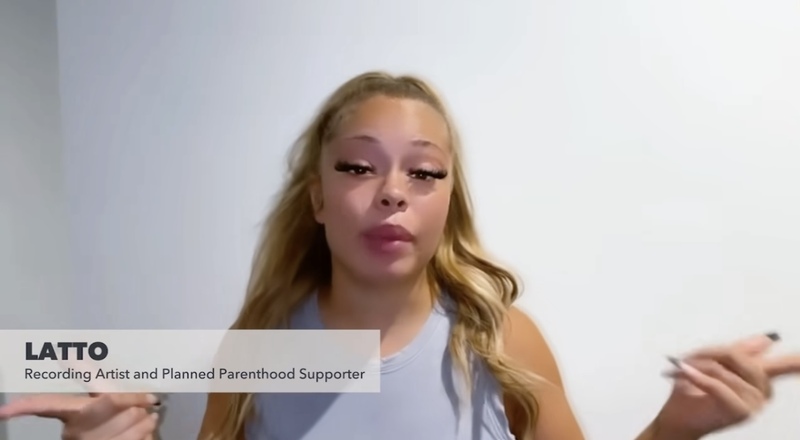 Back in June, the United States was shocked to find out that Republicans in the Supreme Court overturned Roe V. Wade, which initially protected abortion rights, since 1973. Protests soon emerged all over the US, as celebrities also used their platforms to speak out against this ruling.

Latto went on to release a song in July, titled “P*ssy.” This addressed the overturning of Roe V. Wade and how she was vocal about women’s rights to abortion.

Now, Latto is also partnering with Planned Parenthood. The Planned Parenthood Instagram feed posted a video of the Atlanta rapper announcing her partnership, and explaining how women are being forced to give birth, and their choices aren’t being acknowledging, for what they want to do with their bodies.

Back in March, Latto also released her second studio album, “777.” This was led by singles such as “Big Energy,” “Soufside,” and “Wheelie” featuring 21 Savage. She also collaborated with Lil Wayne, Childish Gambino, Lil Durk, Kodak Black, and more. Big Energy has become Latto’s biggest hit to date, as the remix also featured DJ Khaled and Mariah Carey, this year.

Check out Latto’s PSA with Planned Parenthood and announcement of her partnership with the organization, below.

More in Hip Hop News
Moneybagg Yo bought Ari a Lamborghini for her birthday and now it is getting repossessed
Chris Brown performs “No Air” with Jordin Sparks, during final concert of “One Of Them Ones” Tour, in Las Vegas [VIDEO]