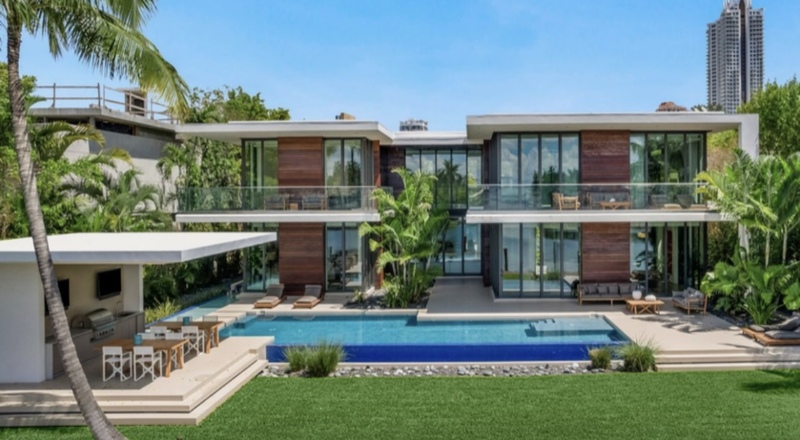 This past weekend, Lil Wayne celebrated his 40th birthday, in Los Angeles. This was at The Nice Guy, as YG, Shannon Sharpe, Mack Maine, Skip Bayless, Keith Sweat, and more, attended. Sweat even went on to perform “Don’t Stop Your Love.”

Now, it appears that Wayne may be making a permanent move to LA. According to TMZ, he is listing his Miami mansion, for $29 million. He initially got this property built, back in 2017. Wayne initially paid $16.8 million for this home. Cyril Matz of Douglas Elliman listed the home.

This Miami mansion is a seven bedroom and 11 bathroom property, as some of the amenities include a commercial-grade elevator, wine cellar, floating staircases, movie theater, and an outside dock, which is 110 feet. A pool and open-air cabana are also available. For now, Wayne is living in his Hidden Hills home in LA, which appears to hint that that’s where he will be based at.

Wayne also recently trended, for appearing on DJ Khaled’s “God Did” song, with Jay Z and Rick Ross. Wayne is also preparing for his annual Lil Weezyana Fest in New Orleans, coming on October 29. Coi Leray, Rob 49 and Babyface Ray are among the scheduled performers.

More in Hip Hop News
Kim Porter’s niece sues Diddy, after reportedly being fired, for revealing she needed maternity leave, as a nanny to Diddy’s twins
Safaree hits himself in the head during dramatic exit on new episode of #LHHATL [VIDEO]