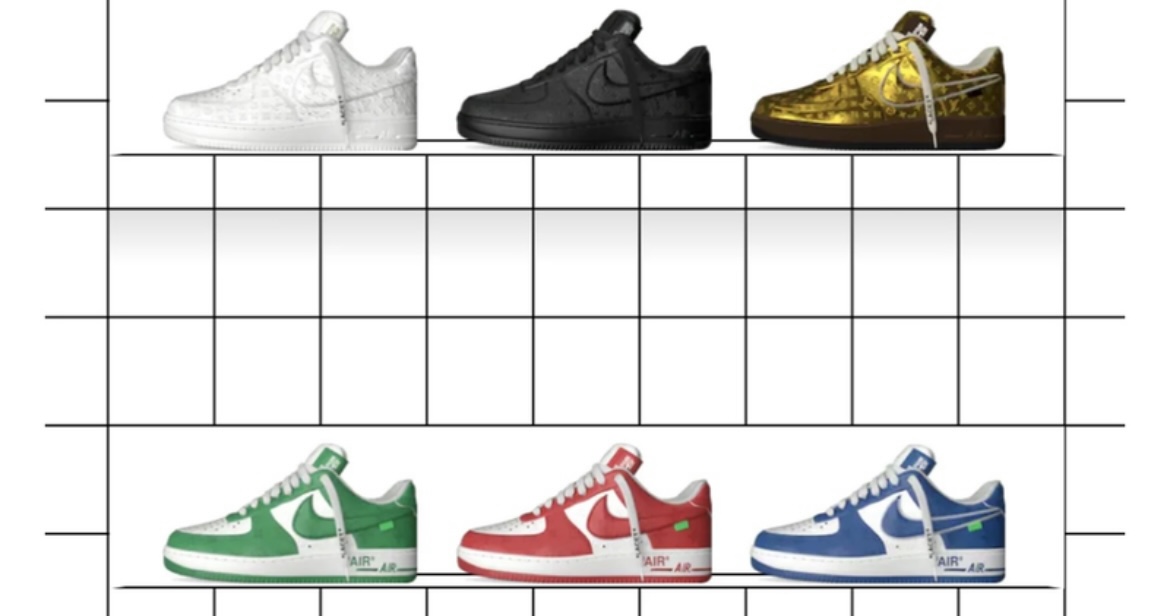 Nike has had some very interesting shoe collaborations over the years, as they have another Louis Vuitton collection coming with the luxury brand, next week.

The late Virgil Abloh contributed to many of the recent Nike and Louis Vuitton collaborations, before he passed away in November. At the time, Abloh served as Creative Director at Louis Vuitton.

Back in February, 200 pairs of Abloh’s Nike x Louis Vuitton collection sold for $25 million, at an auction. That auction went on to donate proceeds to help Black creatives. Now, Nike and Louis Vuitton continue to make more big moves together, with their upcoming July 19 collaboration date.

Check out a closer look at the upcoming Nike x Louis Vuitton Air Force 1 collection, below.