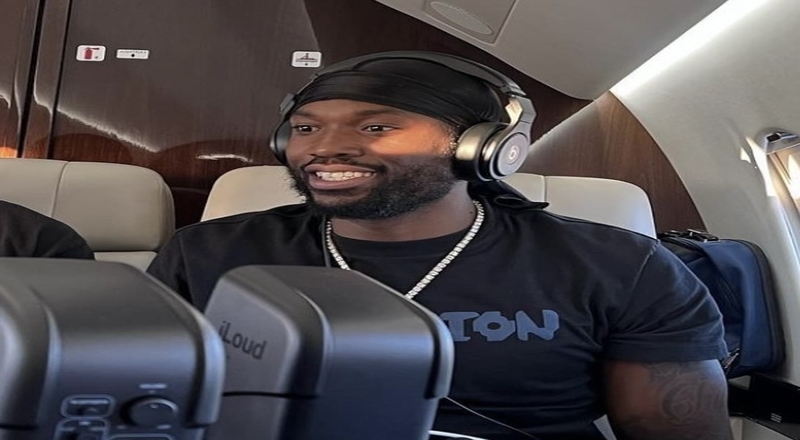 Meek Mill calls for freedom of YSL members in jail

It’s been almost a month now, since a 56-count indictment was handed down against Young Thug, Gunna, and 26 members if their YSL crew. Crimes investigated include RICO, murders, gang activity, and more. Gunna’s bond ended up being denied, as his trial date is January 2023. Thug’s bail request has been delayed by a judge, due to a conflict of interest, surrounding his attorney. Lyrics from Thug and Gunna’s songs have also been used against them.

Many rappers have been vocal, in their support of wanting Thug, Gunna, and the rest of YSL freed. They are claiming that these men aren’t in a gang, and that YSL is just a record label. Meek Mill is now showing love to YSL, too.

Meek recently took to Twitter to say “Free Thug … free Gunna … Free YSL … Everybody deserves a bail!” Thug tried to claim that he’s been subjected to inhumane conditions at the Cobb County Jail. Thug believes that the food he’s being served isn’t edible, and that the lights are on 24/7, which prevents him from sleeping.

Check out Meek Mill showing Young Thug, Gunna, and the rest of YSL love, below.

Meek Mill calls for freedom of YSL members in jail