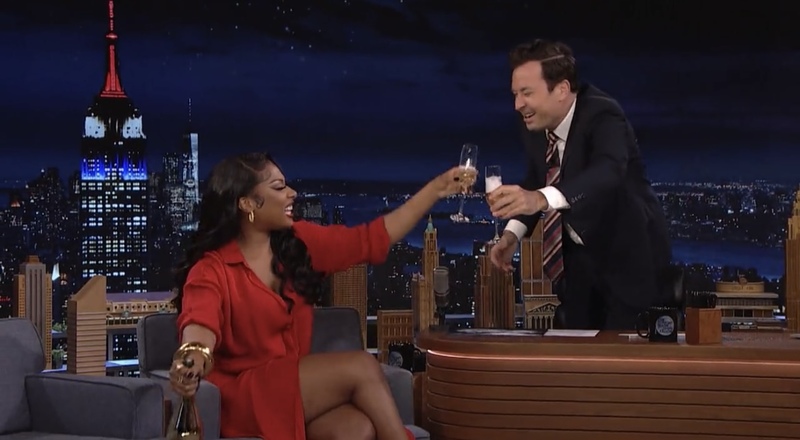 Megan Thee Stallion has officially just released her sophomore album, “Traumazine.” This project was announced on Thursday, as this was a surprise by Meg.

On Thursday night, Megan also appeared on “The Tonight Show Starring Jimmy Fallon.” Megan discussed the project with the iconic late night talk show host, as they went on to pop a bottle of champagne together.

Prior to Traumazine’s release, Megan expressed her frustration about 1501 Certified Entertainment supposedly leaking her songs. That soon led to the album’s release. Nonetheless, Megan is still winning big, and may have another top three album with Traumazine. In 2020, Megan saw a number debut on the Billboard 200, following Good News’ release.

More in Hip Hop News
Joycelyn Savage is releasing tell-all book about her time with R. Kelly
The Game drops Eminem diss, “The Black Slim Shady,” in Eminem’s voice, threatening to 40 Glocc him, disses Hailie, makes fun of “Stan,” and says Eminem is not in anyone’s top five