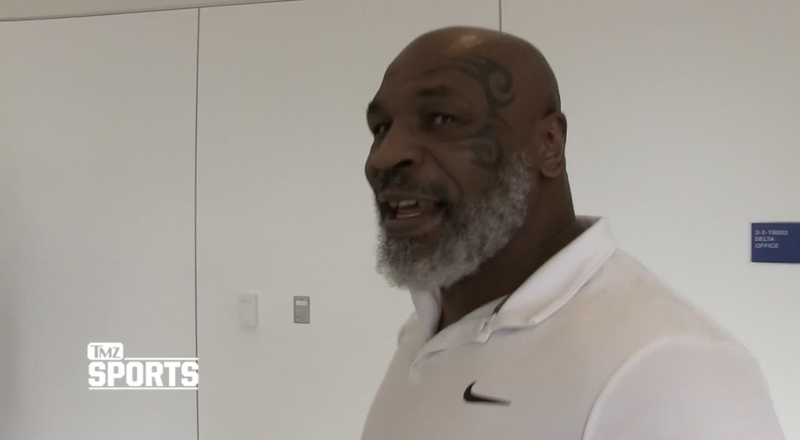 A few months ago, Mike Tyson got into a huge viral moment. The boxing legend was seen punching a fan, on his JetBlue flight from San Francisco to Miami. This was reportedly due to a fan saying things to Tyson behind his seat, and even allegedly throwing a water bottle.

Tyson ended up having enough as he threw comstant punches at the man. This left visible injuries to his face. Tyson ended up leaving the flight, and got another one, to Miami. The victim hired a lawyer as well, but no legal action has been taken, yet.

As for Tyson’s future plans and using commercial flights over private ones, that is still the plan. TMZ Sports recently spoke with Tyson, as he revealed that he has no worries about this type of incident happening again. This was at LAX, as Tyson simply said “No way!” Tyson also revealed that his wife wanted him to start flying private, to avoid those future altercations.

Tyson also sent a message to celebrities, on how to handle fans. Iron Mike simply said “Love them.” Prior to Tyson’s altercation with the fan in San Francisco, he was taking photos with fans on the flight, with no issues.

More in Hip Hop News
Yung Miami dances to Diddy and Bryson Tiller’s new “Gotta Move On” collab [VIDEO]
Young Dolph’s girlfriend, Mia Jaye, honors him on first Father’s Day without him, as well as birthday of one of their children [PHOTOS]