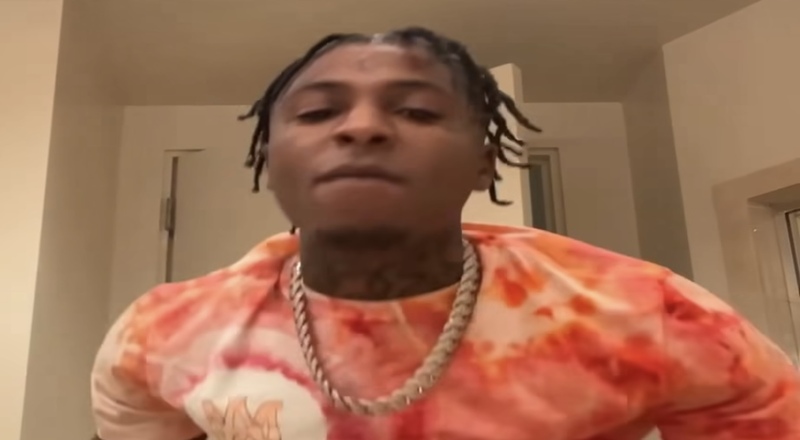 This week, DJ Khaled revealed the full tracklist, for his upcoming 13th studio album, “God Did.” This is led by his “Staying Alive” single with Drake and Lil Baby, which was released on August 5. 18 songs will be available, including more star-studded appearances from Future, SZA, City Girls, Travis Scott, Lil Wayne, Jay Z, Rick Ross, Quavo, and more.

However, it appears that NBA Youngboy is wondering why he’s not on Khaled’s upcoming album. His @NeverBrokeAgainLLC Instagram account commented on Khaled’s feed, saying “Damn he don’t got the goat on there “lil top” he must not like us too.”

As of now, Khaled hasn’t responded to this comment. Many fans believe that Khaled simply didn’t want to pay Youngboy’s $300,000 feature fee, or simply doesn’t have any sort of relationship with Youngboy.

Earlier this month, Youngboy also scored his second number one album, in less than a year. This was with “The Last Slimeto,” as it easily topped the Billboard 200 chart. His last solo project came in September 2021, back when he was still in prison, for his 2021 California federal gun case. Youngboy was officially ruled not guilty in his trial though, in July.

Check out @NeverBrokeAgainLLC speaking on NBA Youngboy not appearing on DJ Khaled’s “God Did” album, below.

More in Album Preview
Brittany Renner asks what the problem is with dating an 18 year old if she is 30
Ginuwine dancing to “Same ‘Ol G” has taken over the internet; Twitter is calling him Quagmire [VIDEO]