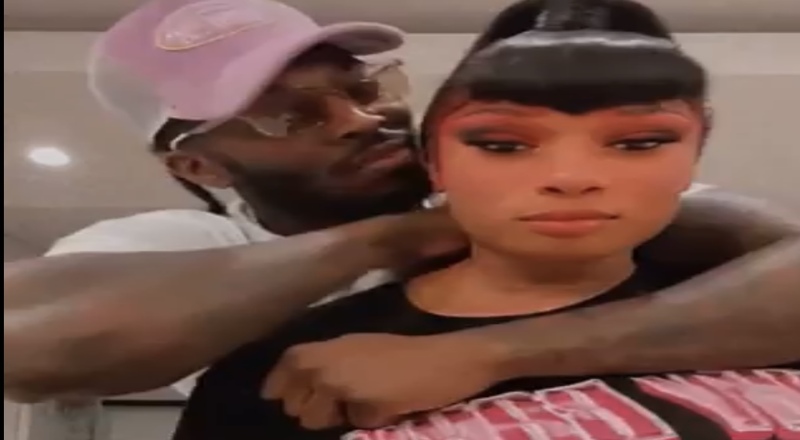 On Friday, Megan Thee Stallion released her surprise sophomore album, “Traumazine.” This was initially announced by Megan on Thursday, as well as the cover art for that project. Traumazine was led by the singles “Plan B” and “Pressurelicious” featuring Future. Megan also collaborated with Jhené Aiko, Pooh Shiesty, Latto, and more.

Megan’s boyfriend, Pardison Fontaine, is also showing how proud he is of her, for this release. He took to Instagram to discuss how he witnessed the work that Megan put in, in creating this album. This all comes after Pardi went off on Dwayne Johnson, for saying he’d like to be Megan’s pet, even though Meg took that as a positive thing.

“WHEN I TELL YOU IM BEYOND PROUD .. I WATCHED THE PROCESS FROM BEGINNING TO END WHEN IT GOT TOUGH U KEPT PUSHIN VERSE AFTER VERSE .. CRITIQUING EVERY SOUND .. BETWEEN REHEARSALS, VIDEOS BS AND TOUR DATES …. DESPITE WHAT ANY ONE HAD TO SAY .. WHAT EVER PPL TRIED . U PROSPERED .. SHOWED THEM FOLKS WHAT RESILIENCE IS .. THEE BEAUTIFUL THEE GRACEFUL THEE UNSTOPPABLE! ..”

Pardi and Megan initially announced their relationship, in February 2021. The two had been dating since late 2020 though, and celebrated their one-year anniversary, last fall.

Check out Pardison Fontaine showing love to Megan Thee Stallion and her new “Traumazine” album, below.