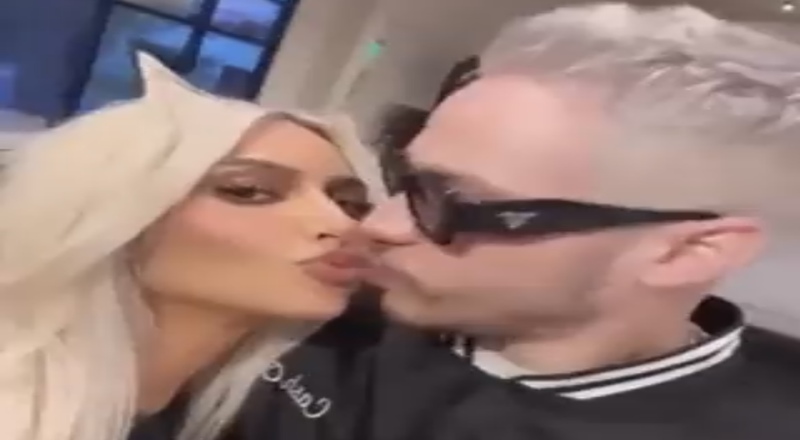 Over the weekend, it was reported that Pete Davidson and Kim Kardashian broke up, after nine months of dating. The two are supposedly still friends though, according to E! News. Pete and Kim are said to still have “a lot of love and respect for each other.” Distance and demanding schedules were also reported factors, in their breakup.

Now, rumors are surfacing that Pete allegedly tried to propose to Kim, before their breakup, according to Radar Online. Sources close to the situation added that Pete was simply moving too fast, for Kim.

“Everything was just moving too fast. Kim wanted to slow things down and instead Pete proposed. He is devastated. Everyone warned him that he was going to push her away, but he didn’t listen. Remember, this is the same guy that proposed to Ariana Grande after just a few weeks. Pete learned nothing from that relationship. He falls hard and he falls fast. Kim is a great mom. She’s fully committed to her kids and any man she meets needs to know that. Pete understood and was fine sharing Kim with her children, but he also wanted to get married yesterday.”

After this report surfaced though, sources supposedly close to both Kim and Pete told Radar Online, that no proposal took place. On Monday morning, Kim’s ex-husband, Kanye West, also celebrated that breakup. He took to Instagram to post a photoshopped New York Times cover, that said “Skete Davidson dead at age 28.” Sources also denied alleged claimes by Kanye, that Kim would come back to him, after splitting from Pete.

More in Hip Hop News
Soulja Boy denies that he has monkeypox, after hinting at it, in recent posts [VIDEO]
Taylor Swift responds to “Shake It Off” lawsuit, saying she’s never heard of 3LW or “Playas Gon Play”