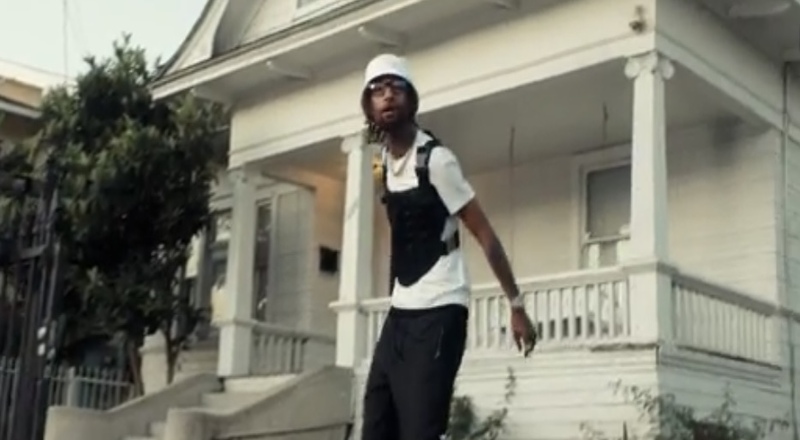 Almost two weeks ago, PnB Rock lost his life, over a senseless act of violence. He was shot and killed, while eating at a Roscoe’s Chicken and Waffles restaurant, in Los Angeles. At the time, he was with his girlfriend. He was targeted in a robbery attempt for his jewelry, which soon turned even more violent, with him getting shot.

As of now, there still has yet to be any arrests or listed suspects, in the case of PnB’s death. LAPD is investigating any possible beefs that he had in Atlanta, as well as his hometown of Philadelphia. Pawn shops in Los Angeles are also on the lookout for his robbed jewelry, in order to track down the shooter.

PnB’s streams are also increasing significantly, since his death. Billboard reports that he’s seen a 652% increase, for his music catalog.  This percentage 4.1 million during the first full week of September, to 30.5 million U.S. on-demand streams, for the week ending on September 15th.

PnB’s breakout 2017 “Selfish” single has also reached Billboard’s Hot R&B/Hip-Hop Songs chart at No. 17 and the Hot Rap Songs chart at No. 13. Selfish initially appeared on his “Going Thru The Motions” mixtape, back in January 2017. Selfish is at 7.7 million streams, “Middle Child” featuring XXXTentacion is at 2.1 million, “Horses” featuring Kodak Black and A Boogie Wit Da Hoodie is at 1.8 million, and more.

More in Hip Hop News
Fetty Wap to be sentenced in January 2023, for federal drug trafficking case
SZA buys out movie theater in West Orange, NJ, for fans to see “The Woman King”