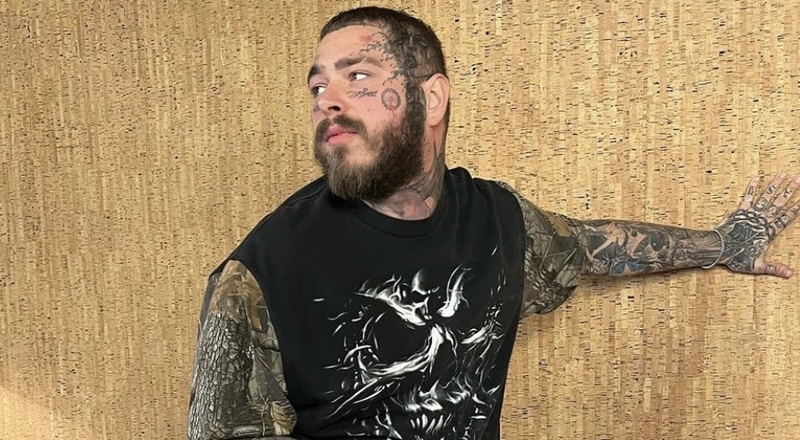 A week ago, Post Malone took a hard fall on stage, during his concert in St. Louis. This was part of his “Twelve Carat” Tour, with Roddy Ricch. Post apparently forgot about a specific area of the stage, and fell hard, on his ribs. Medics came to his aid, as the concert was briefly paused. Post did go on to resume it though, all while holding onto his ribs.

A week later, there is another issue, at Post’s concert. This time, it’s in Boston, as he had to postpone this concert. This was due to him revealing a few hours before the concert, that he had trouble breathing, on the right side of his body. Post felt this after waking up from sleeping, at 4PM, on Saturday.

Post revealed that he felt good on Friday, but things quickly changed on Saturday. He labeled this as a “stabbing pain,” whenever he moves. Post went on to be evaluated at a local hospital, all while assuring fans in Boston that he will make this up to them. Tickets for this concert will be valid, for the rescheduled one.

Check out Post Malone’s full statement about his postponed Boston concert, below.