Home » Hip Hop News » Post Malone’s manager confirms that Post has no broken ribs, but are bruised, after falling on stage, during recent performance 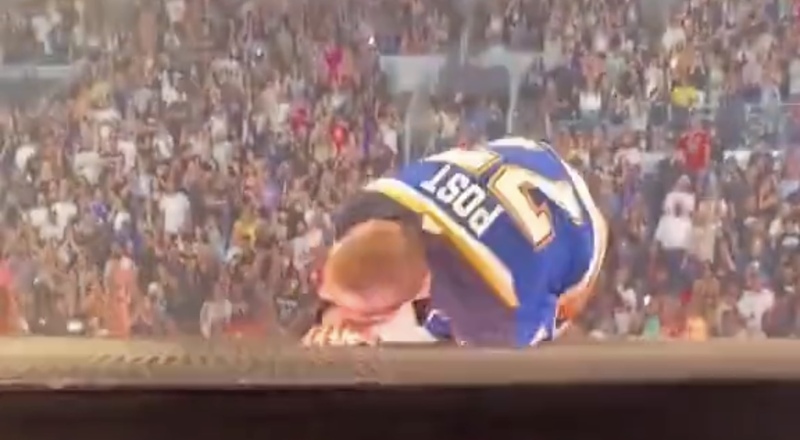 On Saturday night, Post Malone ended up going viral, after falling, on stage. This was during the St. Louis stop, of his current “Twelve Carat” Tour, with Roddy Ricch. Post went on to explain that he forgot about a certain setup of the stage, and that resulted in this hard fall.

Post fell on his ribs, as the was met by medical staff, on stage. The concert went on to be briefly paused, for 15 minutes. Post did decide to continue giving fans a performance though, with five more songs. He was seen holding onto his ribs, though.

Post also did go on to perform in Columbus, OH, on Sunday night. Prior to that show, Post’s manager, Dre London, updated fans on his health. Post does not have any broken ribs, but they are bruised, after undergoing x-rays. London also went on to applaud Post, for finishing the show. Post also posted a PSA, saying that he is okay.

In June, Post also put out his fourth studio album, “Twelve Carat Toothache.” That went on to debut at number two in the US, as it was led by singles such as “One Right Now” featuring The Weeknd, and “Cooped Up,” featuring Roddy Ricch.