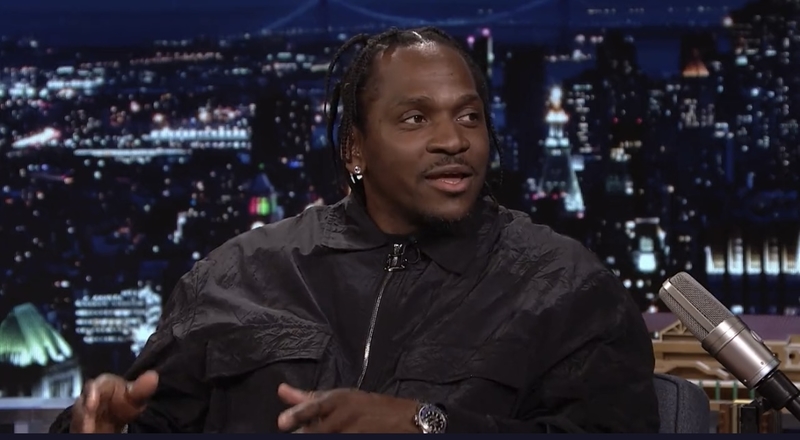 A week ago, Pusha T scored his first number one album, with “It’s Almost Dry.” This was Pusha’s fourth studio album, as it was led by singles such as “Diet Coke” and “Neck & Wrist,” featuring Pharrell Williams and Jay Z.

Pusha had 12 tracks on It’s Almost Dry, as he also featured Kanye West, Lil Uzi Vert, Don Toliver, and more, as well. The album sold 55,000 units in its first week.

In a recent interview with GQ, Pusha also opened up about one feature that he did aim to get, on It’s Almost Dry. This was with Kendrick Lamar, but didn’t end up happening. According to Pusha, he couldn’t find a record for them, that was different from their 2013 “Nosetalgia” song. As a result, Pusha “moved on.”

Nosetalgia originally appeared on Pusha’s 2013 debut studio album, “My Name Is My Name.” At the time, it went on to have a number five debut.

Kendrick is also set to put out his first album in over five years next, week with “Mr. Morale & The Big Steppers.” That project is already projected to be the biggest-selling album of 2022 so far, with 350,000-400,000 units, in its first week.

More in Hip Hop News
Pete Davidson speaks on Kanye West at Netflix Is A Joke Fest; Joked about Kanye allegedly claiming that Pete has AIDS [VIDEO]
Chris Rock reportedly told Dave Chappelle at their “secret” comedy show in LA, on Thursday night, that he got slapped by the “softest n*gga that ever rapped,” referring to Will Smith