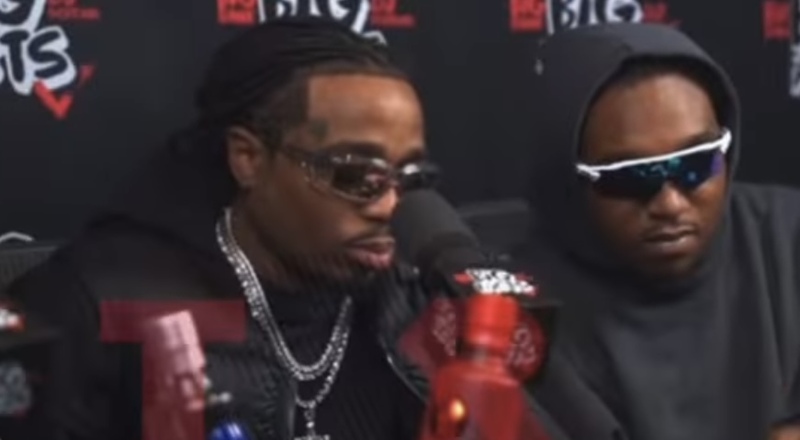 This year, it seems that Migos’ run as a group has ended. Back in May, Quavo and Takeoff released a new single together, “Hotel Lobby,” as that didn’t include Offset. They’ve since released several other records together, such as “Us Vs Them” featuring Gucci Mane, and “Big Stunna” featuring Birdman.

Quavo and Takeoff also recently appeared on The Big Facts podcast, and discussed the Migos situation. They explained how they still want to work as a duo, even if Migos is no more.

“We want to see our career as a duo,” Quavo said. “Because we came from a loyal family thats supposed to work together. And sometime when sh**t don’t work out, its not meant to be.”

“We don’t know all the answers. God know. We pray a lot so only time will tell. Aint nothing got change.” Takeoff added. Quavo went on to emphasize “We stand on loyalty. And sometimes that sh** ain’t displayed. Right now we gon’ be the duo till time tell.”

Quavo and Takeoff have a new album coming on Friday. This is “Only Built For Infinity Links,” as it’ll contain 18 songs, including appearances from Summer Walker, Gunna, NBA Youngboy, and more.

Check out Quavo and Takeoff speaking on Migos breakup rumors, below.