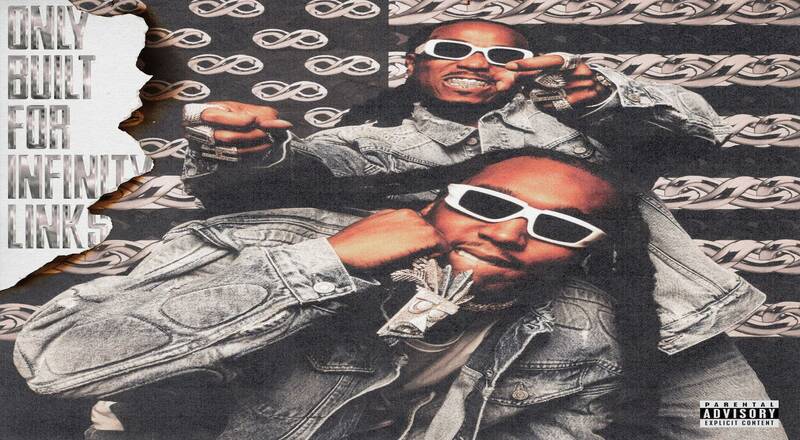 Quavo and Takeoff reveal “Only Built For Infinity Links” tracklist

Since late May, Migos have been releasing solo music, as there has been breakup speculation. Quavo and Takeoff soon began releasing music as a duo, as the first record was “Hotel Lobby.” That went on to peak at number 59, on the Billboard Hot 100 chart.

Quavo and Takeoff also went on to release even more bangers, in August and September. These included “Us Vs Them” featuring Gucci Mane and “Big Stunna,” featuring Birdman. These singles are all appearing on Quavo and Takeoff’s upcoming collab album, “Only Built For Infinity Links.” This project is set for an October 7 release.

Now, Quavo and Takeoff have just unveiled the full tracklist for Only Built For Infinity Links. This project will contain 18 tracks, with other star-studded appearances from Summer Walker, Young Thug, Gunna, Mustard, and NBA Youngboy.

Check out the full tracklist for Quavo and Takeoff’s upcoming “Only Built For Infinity Links” album, below.

Quavo and Takeoff reveal “Only Built For Infinity Links” tracklist

Continue Reading
You may also like...
Related Topics:featured, migos, Only Built For Infinity Links, quavo, takeoff

More in Album Preview
Ray Allen goes off on popular YouTuber Lofe and his cameraman, for making fart noises around him as a prank, at Target [VIDEO]
Man assaults flight attendant for not bringing him coffee [VIDEO]