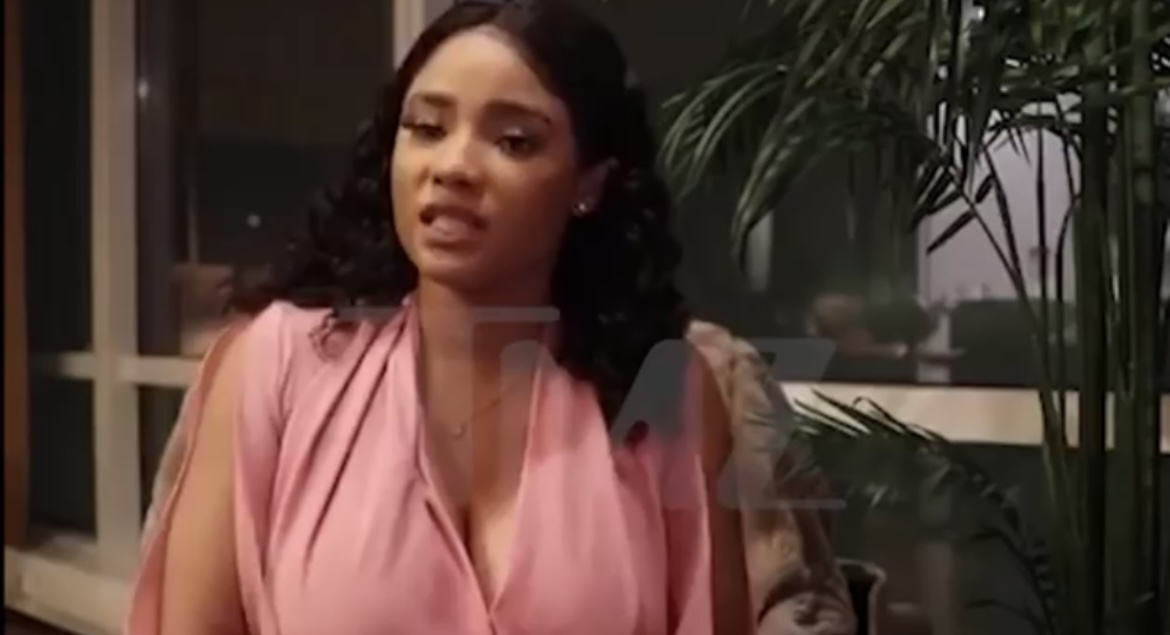 On Friday afternoon, R. Kelly’s girlfriend Joycelyn Savage trended again, on social media. This was due to her claiming in her new tell-all memoir, that she’s pregnant with Kelly’s child.

Many questioned how this could be the case, since Kelly has been in prison since the summer of 2019. This comes after Kelly sent Joycelyn an engagement ring, and has since supposedly expressed excitement in having a child with her. Joycelyn’s parents were also said to have been processing the pregnancy news.

According to Kelly’s attorney Jennifer Bonjean to TMZ though, Kelly is denying this claim. Bonjean added that “[Joycelyn] is certainly not pregnant with R. Kelly’s child.” As far as the tell-all memoir is concerned, Bonjean believes believes Joycelyn is “insane.”

In July, Kelly was officially sentenced to 30 years in prison. That came after he was convicted on all nine counts, in his sex crimes and trafficking case in Brooklyn, last fall. Kelly also has two more federal trials for similar crimes committed, in Illinois and Minnesota.

Kelly was exposed for his alleged crimes further, in January 2019. The “Surviving R. Kelly” docuseries aired on Lifetime, and he went on to be arrested by authorities, that summer.

More in Hip Hop News
Safaree says he is taking legal action against whomever leaked his tape with Kimbella Matos
Lizzo is allegedly engaged to comedian, Myke Wright