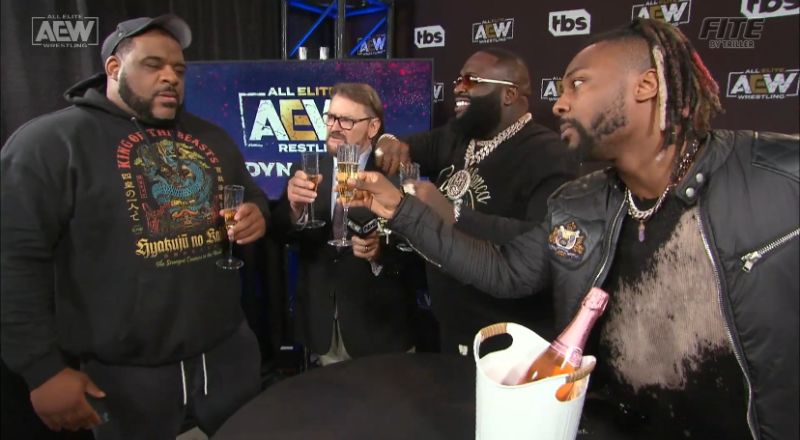 Rick Ross is the biggest boss, always finding new ways to expand his brand. Since the early 2000’s Rick Ross has changed the face of music and entrepreneurship. Signing to Def Jam Recordings with Jay-Z in 2006, Rick Ross released his debut album Port of Miami. The release was a success debuting at number one on the U.S. Billboard 200 and would be the first of many number one singles. Although Rick Ross continued to release platinum selling records, he expanded his influence and became a serial entrepreneur. Rick Ross has over 10 additional businesses including his WingStop Franchise, Reebook partnership and Belair Rosé endorsement.

Rick Ross might have a calling in wrestling. During the AEW Dynamite episode, Rick Ross displayed manager like behavior towards Swerve. As viewers tuned in live, Twitter was filled with clips and tweets praising Rick Ross and begging for a return feature.