Home » Hip Hop News » Rihanna says pregnancy with A$AP Rocky wasn’t planned, but not planned against; A$AP was originally in the friend zone 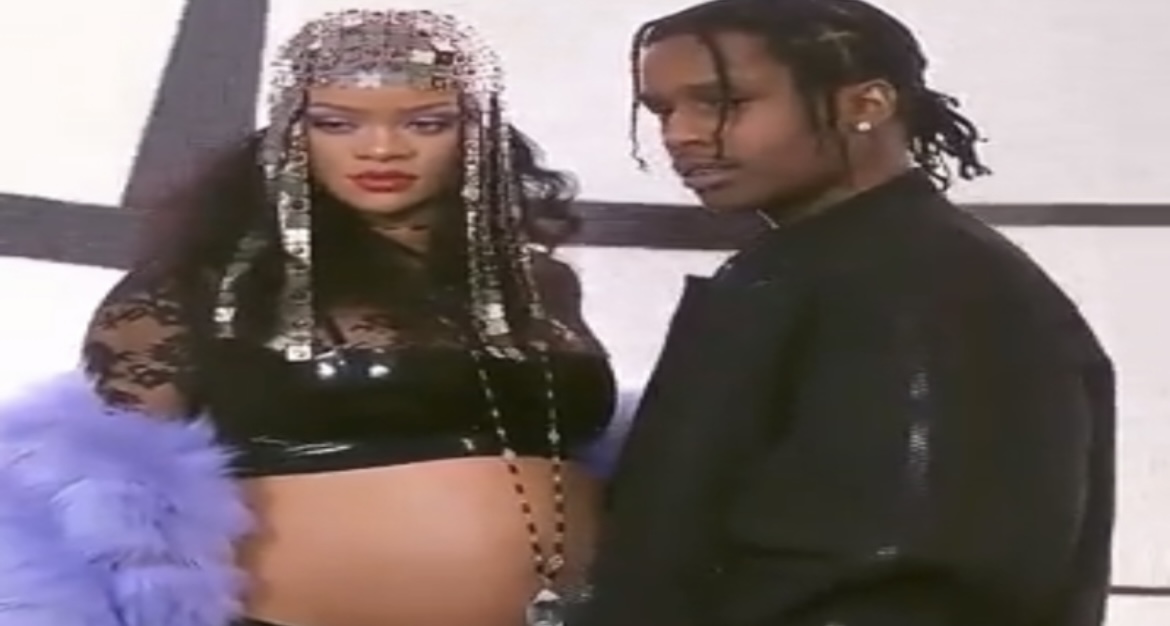 Rihanna opens up about pregnancy with A$AP Rocky

A few months ago, Rihanna ended up confirming the rumors that she’s pregnant with her first child. She is having this child with her boyfriend, A$AP Rocky, who is still one of the biggest rappers in the world.

Rihanna has been frequently showing off her baby bump, and recently appeared in a new cover of Vogue. There, she discussed the pregnancy, and among other topics.

Regarding the relationship with A$AP, they met in 2012, and performed their “Cockiness” collaboration together at the VMAs. Rih was thrown off by the Harlem rapper grabbing her butt at the end of the performance, but she didn’t appear to really mind.

“He grabbed my ass on stage. That was not part of the rehearsal! I was like, What are you doing!? “People don’t get out of the friend zone very easily with me. And I certainly took a while to get over how much I know him and how much he knows me, because we also know how much trouble we can land each other in.”

They went on to be friends for the next 10 years, before dating. Rihanna even appeared in the video for A$AP’s 2013 “Fashion Killa” song.

Rihanna and A$AP began dating heavily in early 2020, after Rih’s split from Saudi Billionaire Hassan Jameel. Rih ended up wanting to introduce A$AP to her family at the end of the year.

Regarding the pregnancy, this wasn’t planned by A$AP and Rihanna. At the same time though, they weren’t “planning against it,” either.

“Planning? I wouldn’t say planning. But certainly not planning against it. I don’t know when I ovulate or any of that type of shit. We just had fun. And then it was just there on the test. I didn’t waste any time. I called him inside and showed him. Then I was in the doctor’s office the next morning and our journey began.”

Rihanna opens up about pregnancy with A$AP Rocky

More in Hip Hop News
1988 video of Jada Pinkett Smith and 2Pac dancing together, to Will Smith and DJ Jazzy Jeff “Parents Just Don’t Understand” song, resurfaces
DJ Jazzy Jeff says Will Smith slapping Chris Rock at Oscars was a “lapse in judgement,” and that Smith is “human” [VIDEO]