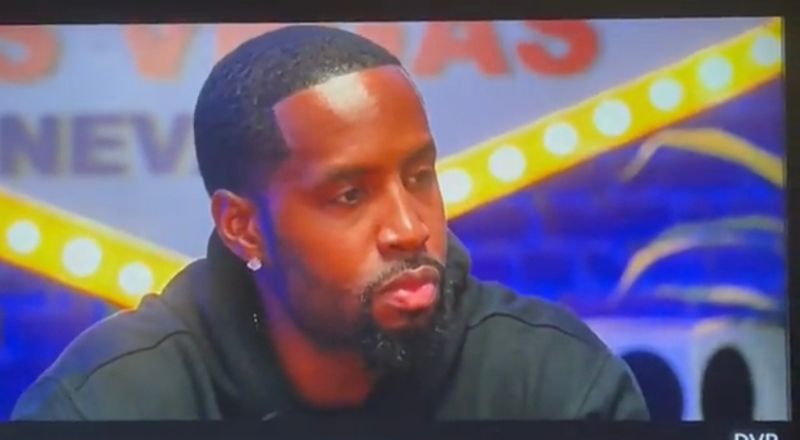 Safaree’s dramatic exit didn’t go as planned on the latest episode of #LHHATL. During the episode Safaree, along with other cast members were having a serious discussion. During the conversation, Safaree became upset and abruptly stormed out throwing a chair, only for the chair to hit him in the back of his head. Fans quickly took to social media to share the funny moment.

Safaree is one of the most talked about reality stars. Ever since he joined the Love& Hip Hop universe, he’s remained a top cast member. During the seasons Safaree’s outrages antics and brutal honesty have made him controversial at times. After dealing with a very public divorce from co-star Erica Mena, Safaree continues to struggle with his emotions.

Although famously known as a reality star, Safaree has continued pursuing a career in music. Earlier this summer he released the single Hot Gyal Birthday, featuring an 80’s style vibe. The single did not go over well with fans, nonetheless the video hit over 130K on Youtube. As #LHHATL finishes out season eleven, more memorable moments are expected to come.

Safaree busts himself in the back of the head with the chair as he made his dramatic exit. I cackled 🧐😆😂🤣🤣🤣😩💀#LHHATL pic.twitter.com/IZWJbTWmV0