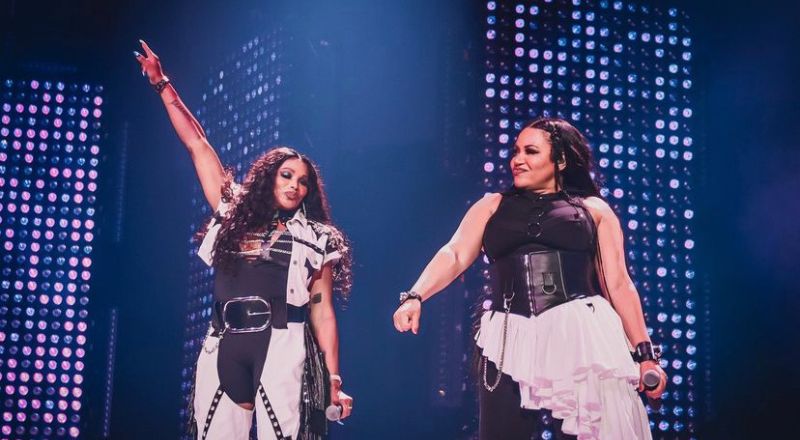 Salt-N-Pepa Honored with Star on Hollywood Walk of Fame

Salt-N-Pepa are getting their overdue flowers. In a recent Instagram post, the rap duo shared the news of receiving their very own star on the Hollywood Walk of Fame. The Hollywood Chamber of Commerce announced Tuesday that Cheryl “Salt” James and Sandra “Pepa” Denton will be honored November 4th. Salt-N-Pepa’s star will be placed in the recording category, marking the 2,739th star to be added.

Salt-N-Pepa are one of the most iconic female rap groups in history. Since the 80’s these women have created number one singles, won multiple awards, and changed the music world forever. The classic and still viral single Push It released in 1987, creating a frenzy around the Salt-N-Pepa brand. Originally a trio with Deidra “DJ Spinderella” Roper, the group changed the narrative for women in music. Selling over 15 million records worldwide, Salt-N-Pepa is one of the best selling rap acts of all time.

Salt-N-Pepa will always have a lasting effect on music. Although no longer a trio, they recently celebrated the 25th Anniversary of the album Brand New, one of their most acclaimed releases. Salt-N-Pepa join other musical legends like Missy Elliot, Queen Latifah and Snoop Dogg on the Hollywood Walk of Fame.

Salt-N-Pepa Honored with Star on Hollywood Walk of Fame

More in Hip Hop News
Steve Nash gets mad and punches the wall, after Nets lose to Bucks [VIDEO]
A Boogie Wit Da Hoodie reveals tracklist for “Me Vs Myself” album; Features include Tory Lanez, Lil Durk, H.E.R., and more