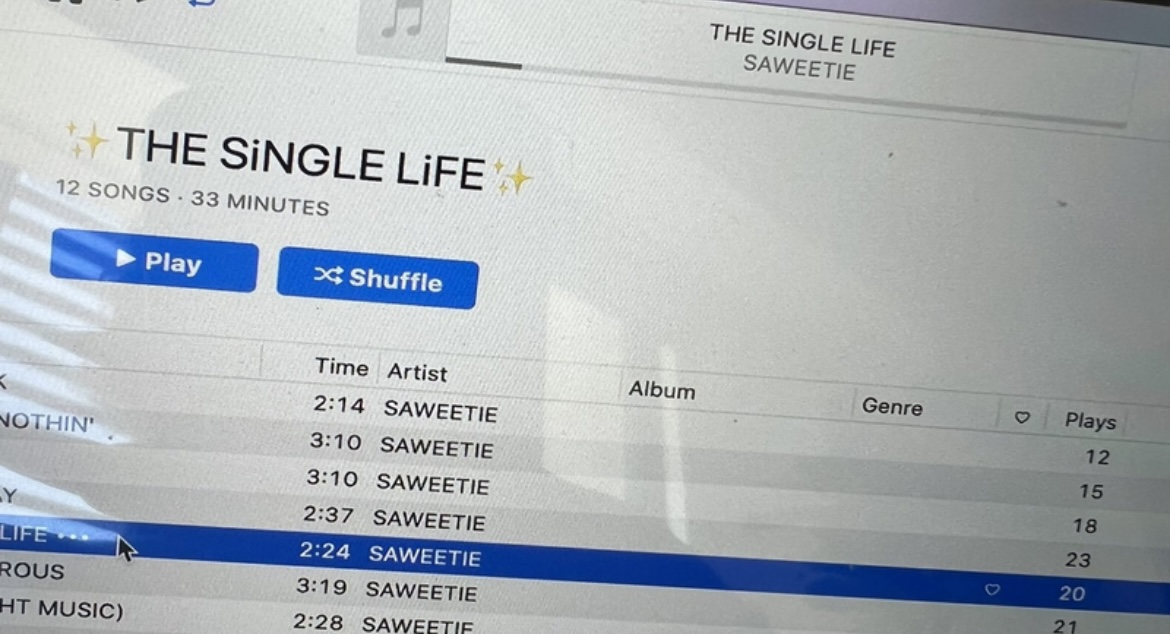 On Monday night, Saweetie has been interacting with fans on Twitter, heavily. She answered various fan questions, including on if she’s been working on new music.

It appears that Saweetie has in fact, been in the booth lately. She ended up tweeting out a photo of songs on her iTunes, which are listed as a 12–track project. This project is titled “The Single Life” as it hints at being a mixtape. No featured artists or producers were listed next to these songs, though.

Saweetie is still supposedly working on her long-awaited debut studio album, “Pretty B*tch Music. That was rumored to be out in June 2021, but never saw its release. Saweetie did clarify on Monday night though, that Pretty B*tch Music is still being recorded. The Single Life is said to be a “lil update.” Her Twitter bio also still says that that album is “loading.”

Saweetie has released one single so far, in 2022. This came back in January, when’s he put out “Closer,” featuring H.E.R. In the summer, Saweetie went on to appear on Muni Long’s “Baby Boo” single.

Check out Saweetie showing fans on Twitter the songs she’s been working on, for her “The Single Life” project, below.

Continue Reading
You may also like...
Related Topics:featured, saweetie, The Single Life