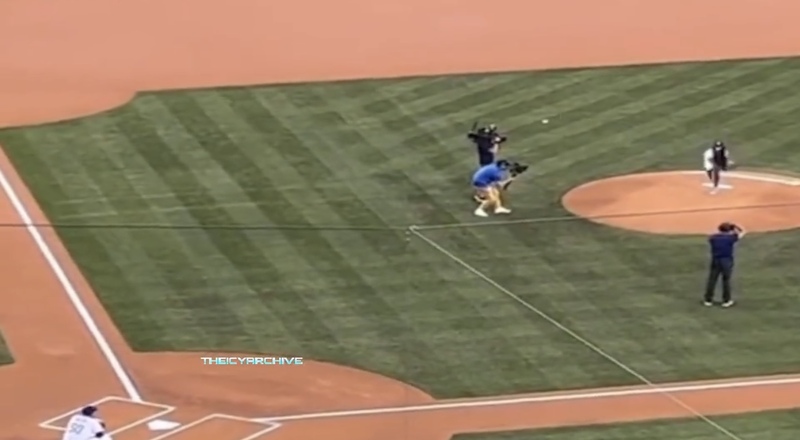 Saweetie has been making more moves in 2022, in regards to new music. Saweetie released her “Closer” single in January though, which included a huge feature from H.E.R. She also appeared on Muni Long’s “Baby Boo” single, in June. This is all as fans hope that she releases her long-awaited debut studio album, “Pretty B*tch Music,” at some point in 2022. It was initially rumored for a summer 2021 release. Saweetie also released her new Crocs Jibbitz collaboration, on June 21.

Saweetie also trended on social media, on Thursday night. This was due to her throwing the first pitch at a Los Angeles Dodgers game. The team was celebrating Filipino Heritage Night, as Saweetie is part of that lineage.

Saweetie didn’t throw a strike, but it was definitely a solid pitch, for a fan. Saweetie sported a white Dodgers jersey, while on the mound. Saweetie is from Santa Clara, which is part of the Bay Area. She did reside in LA before though, as she attended college at USC.

Check out Saweetie throwing out the first pitch at the Los Angeles Dodgers game, below.