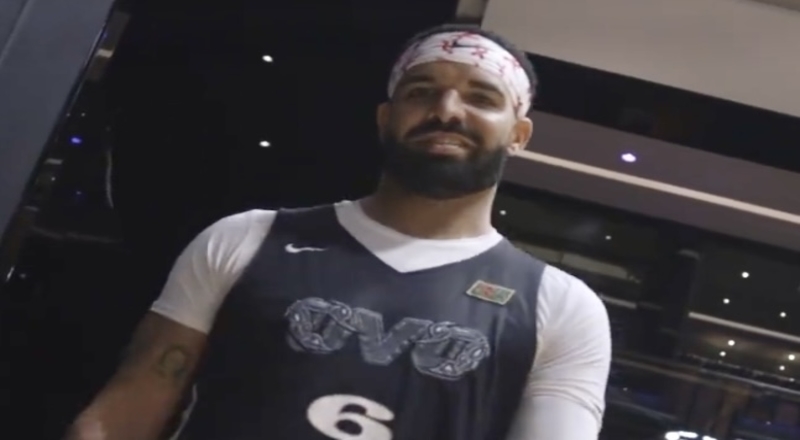 Drake has been very quiet in 2022 so far, regarding music releases. Despite this, he’s still been the most streamed artist of the year, so far. This comes after a very active 2021, where Drake put out two projects, in his “Scary Hours 2” EP, and his chart-topping sixth studio album, “Certified Lover Boy.”

Now, a snippet of an unreleased Drake song, as been leaking on social media. This record definitely has plenty of summer vibes on it, as the title of it is still unclear. Drake has yet to publicity announce any upcoming singles or albums yet, though.

This also comes amid rumors that Drake shot a music video with J. Cole, in Toronto. It hasn’t been revealed if Cole was just making a cameo, or is actually featured on a song. Earlier this week, Drake also attended one of J. Cole’s basketball games, as Cole is playing for the Scarborough Shooting Stars, of the Canadian Elite Basketball League.

Until Drake decides to release any projects in 2022, fans definitely still have his music from 2021, in full rotation. Drake’s Certified Lover Boy album is still at an impressive number 11 spot, on the Billboard 200 chart.