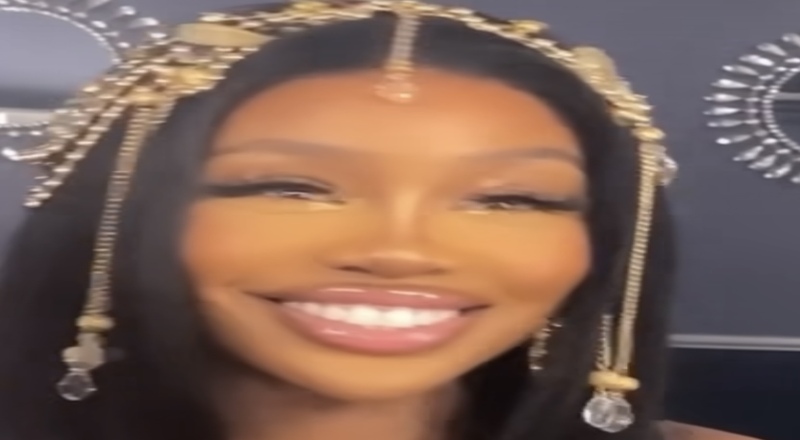 SZA has been a fan-favorite in R&B, over the past five years. Lately though, fans continue to anxiously wait for her to finally release her sophomore album. SZA did give an update a month ago though, as she said the delay is on Top Dawg Entertainment President, Punch. That came after SZA released the deluxe edition to her 2017 debut studio album, “Ctrl,” in June. SZA has been buzzing with hits such as “Good Days” and “I Hate U” since 2020, though. Last month, she also appeared on TDE label mate Doechii’s “Persuasive” remix.

Now, SZA is some major moves, in acting. According to Deadline, she will appear in the Eddie Huang-directed film, “Tuna Melt.” Huang trended in 2021, for his “Boogie” film, which featured Taylor Takahashi and the late Pop Smoke.

In Tuna Melt, “Euphoria” star Chloe Cherry, is also part of the cast. The plot of Tuna Melt is a hitman dealing with a breakup, and then, unexpectedly meeting the love of his life, after a hit. SZA will actually be played the role of this woman, and Huang is casted as the hitman. SZA initially revealed in December 2021, that she landed a movie role. As of now, the release date for Tuna Melt has yet to be revealed.

More in Hip Hop News
Ne-Yo gets put on blast by a transgender woman, who claims they had an affair; Ne-Yo speaks out and denies all of it [PHOTO]
Porsha Williams was allegedly offered $5 million to return to “The Real Housewives of Atlanta”