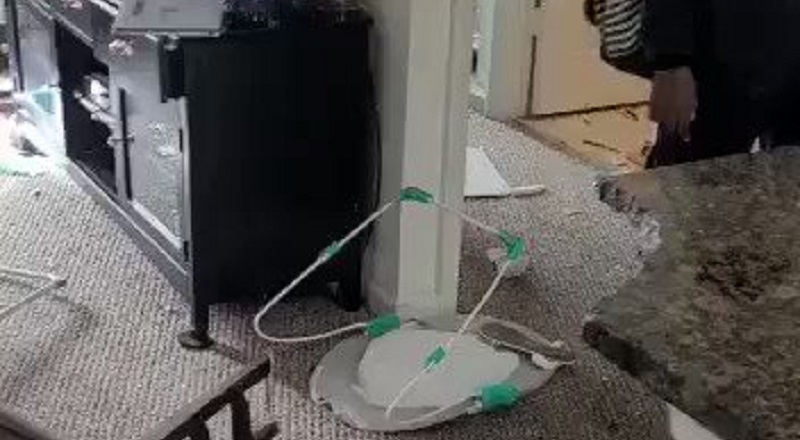 Teenager destroys his and his mother’s home

UPDATE: THE BOY IS 15 AND THE MOTHER SPOKE OUT TO CLEAR UP ALL RUMORS

Originally, it was stated, via Twitter, that a twelve year old boy did this, because his phone was taken. This morning, the mother spoke out. In her own video, she said she trusted a friend to record this video, but it was not intended to be shared. However, since she did share the video, she told what really happened. It turns out, the boy was fifteen, not twelve. Also, he has suffered from mental illness, which is the reason the house was destroyed.

Teenager destroys his and his mother’s home

More in Hip Hop News
Tasha K says she has moved to Africa in the midst of Cardi B suing her
Roddy Ricch says “Feed Tha Streets 3” mixtape will be released, after he finishes current tour, with Post Malone