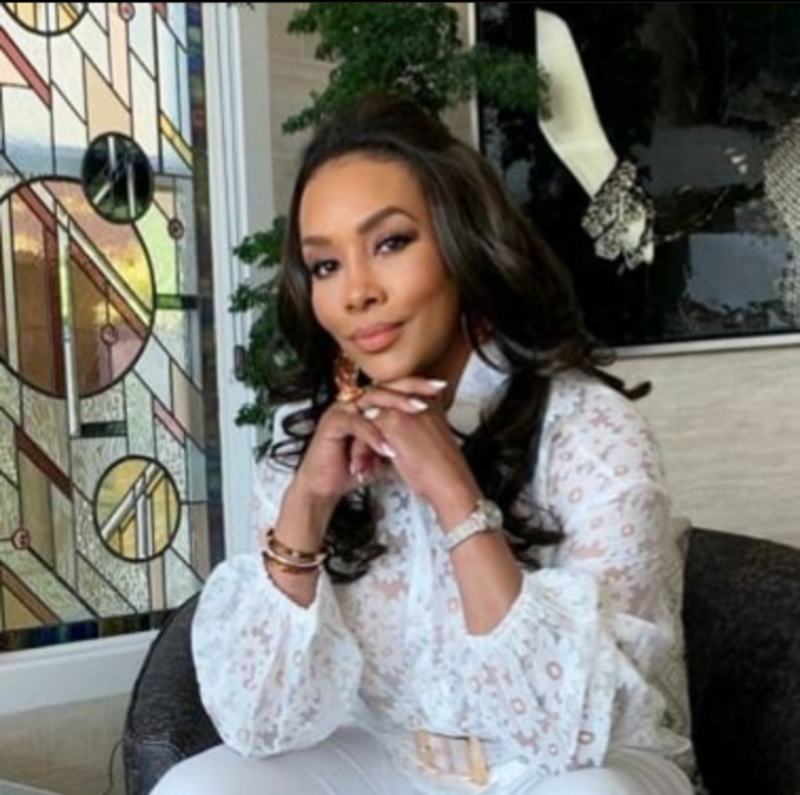 Another drama-driven antic has risen from 50 Cent’s recent offensive remarks about black women not being “exotic enough” during an interview with Lil’ Wayne on Young Money Radio earlier this week. The rapper’s ex-girlfriend and actress Vivica Fox joined Claudia Jordan’s zoom streaming show along with singer/songwriter Syleena Johnson and actress LisaRaye as the ladies have girl talk discussions and Fox proceeded to call Fif all the way out.

“He just has such f*** boy tendencies, ya know what I mean? It’s just like, when I read that, I was like Really? You would say that… because you don’t want anyone to challenge you.. or talk to you.. you want someone to sit over there like a pretty little doll… that you can just pay! Right? Can’t handle a black woman, can you?”

LisaRaye sips her tea almost on cue as Vivica Fox finishes her comments with a vigorous look into the camera.    Fox and 50 were a hot item back in 2003 despite their 10 year age difference. Their relationship gave the appearance of being solid as the couple strutted the red carpet of MTV Video Music Awards that year, but they did not last long at all. Known for his unapologetic posts and comments, 50 Cent shared the video of Fox lashing out at him and captioned:

“Vivica still in love with me, I dated her for 4 months – 17 years ago and she still angry with me. I’m starting to feel like my d*** is serious. LOL”

More in Hip Hop News
All things come to an end as TikTok may be getting banned from the United States along with other Chinese apps
Kim Barnhart, a realtor, is the North Carolina white woman who called the police o two black and Latin residents, because she didn’t recognize them, and they lived there; People are flooding her Yelp reviews with negative reviews, as her employers are standing by her [VIDEO]