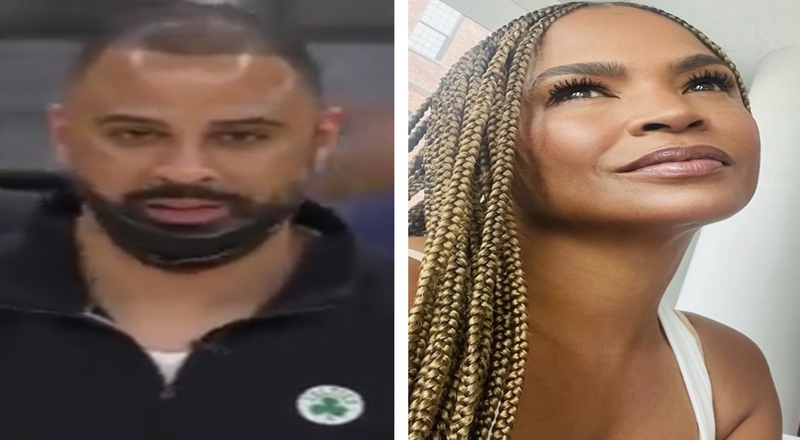 Ime Udoka was allegedly with woman who organized his travels

Earlier this week, Boston Celtics Head Coach Ime Udoka landed in hot water. This was due to him possibly being suspended, after allegedly having a consensual relationship with a team staff member. Udoka soon went on to be hit with a year-long suspension, by the Celtics.

Many speculated as to which woman on the Celtics organization was involved in this relationship with Udoka. Many also wondered how Udoka could cheat on Nia Long, who he’s been with since 2010, and engaged for over seven years. The two also have one child together.

According to TMZ, more information is surfacing, about the woman Udoka had been seeing. This is reportedly someone who organized Udoka’s travels with the Celtics, as well as getting Nia Long to Boston, for Celtics home games. Long reportedly found out about Udoka’s affair, in the last few days. In a new statement from her rep to TMZ, she says that she is now focusing on her children.

For the 2022-23 NBA season, the Celtics will have Joe Mazzulla as their new head coach. It’s unclear if Udoka will still be the team’s head coach, after the conclusion of his suspension.

Ime Udoka was allegedly with woman who organized his travels