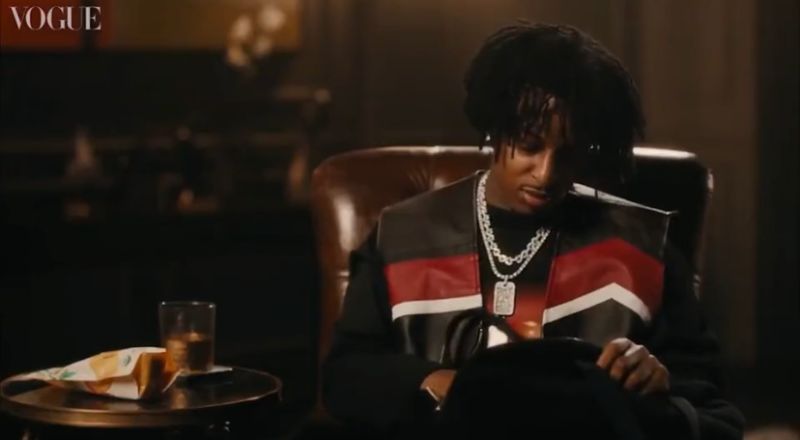 21 Savage isn’t letting Drake have all the fun. In a recent clip posted by OVO Sound via Twitter, 21 Savage appears to be doing a fake interview for Vogue. The clip follows up the Howard Stern clip Drake released just a few hours ago. During the clip 21 Savage gives viewers a glimpse of what’s inside his bag. In a humorous way, 21 pulls out everything from Charolette’s Web to a mango snack.

21 Savage and Drake are promoting their new collaborative album “Her Loss” in a major way. Earlier today Drake began dropping video clips of fake interviews to promote the album. Some clips include a mock interview with Howard Stern and a fake NPR Tiny Desk intro. When it comes to an album roll out, Drake is becoming the King of them. “Her Loss” is set to hit streaming services Nov 4.

In The Bag with @21Savage #HERLOSS pic.twitter.com/2saCd73XY3