Home » Video » Doja Cat addresses recently shaving her hair and eyebrows off; Says it’s not a cry for help, and wonders why people are so surprised [VIDEO] 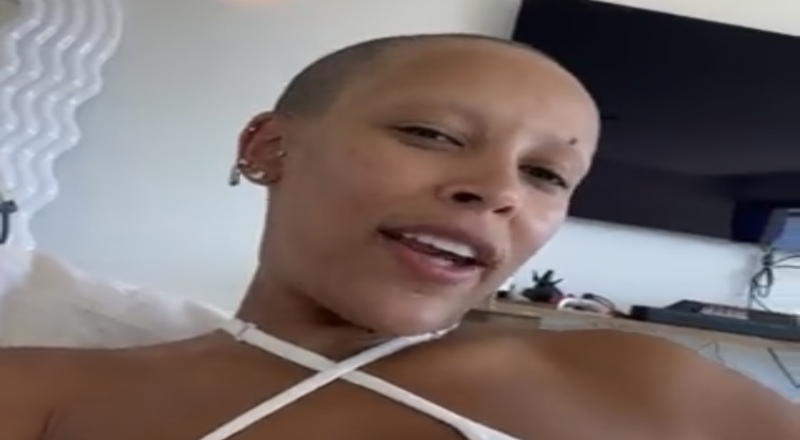 Doja Cat explains shaving her hair and eyebrows off

On Friday, Doja Cat went viral, after going on Instagram Live and shaving her hair and eyebrows off. Many wondered if these were done because Doja is going through various mental situations, as this new look came across as a shock to many fans.

On Saturday night, Doja went on to address her fans, on Instagram Live. Doja said she doesn’t know why fans are so shocked that she would do things such as shaving her hair and eyebrows off, when she got viral off of doing odd things. This includes becoming famous from her 2018 hit single, “Mooo!”

Doja also added that she feels “sexy,” after making these changes to her looks. She emphasized that she isn’t bothered by what people are saying, and is now feeling “free” and “cool.” Doja noted that this new look also isn’t some sort of cry for help, and is still the same her.

Doja also has more time online, as she isn’t performing for a while. This is due to her needing treatment on infected tonsils, back in May. Those got infected before the 2022 Billboard Music Awards. This resulted in her having to drop out of The Weeknd’s “After Hours Til Dawn” Tour, as well as upcoming festival performances.

Check out Doja Cat explaining her shaving her hair and eyebrows off, below.

.@DojaCat shares that she’s sick of the fake concern over her and reassures people (once again) that she’s FINE! pic.twitter.com/OkoYFW601p

Doja Cat explains shaving her hair and eyebrows off