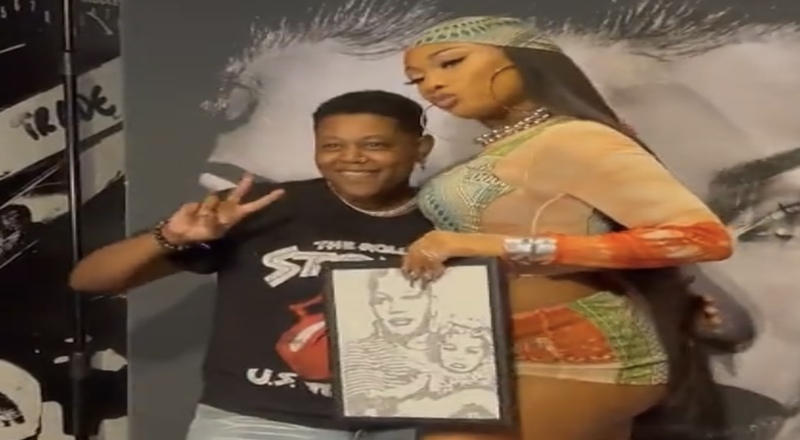 Fan gives Megan Thee Stallion portrait of her and her mother

Megan’s interaction with a fan at a meet and greet this weekend in New York, is also trending heavily. One fan delivered Megan a very special gift, as it was a drawn portrait of a younger Meg, with her late mother, Holly Thomas. Megan’s mother passed away back in March 2019, and her grandmother also died in the same month.

Megan was very happy to receive this portrait from the fan, as she was in awe. She soon gave the fan a huge for this amazing gesture, as the two went on to take a photo together. Fans online have since adored this heartfelt moment, between Megan and the fan

Check out Megan Thee Stallion receiving this photo of her and her mother at a meet and greet, below.

.@TheeStallion was gifted a picture of her and her mom by one of the Hotties at a meet and greet in New York 🥺pic.twitter.com/x7SC9NOjgC

Fan gives Megan Thee Stallion portrait of her and her mother

More in Hip Hop News
Wack 100 says Nipsey Hussle’s brother Blacc Sam is selfish and in his feelings, after removing Nipsey feature from The Game’s “Drillmatic Heart Vs Mind” album [VIDEO]
Kodak Black is requesting that police who recently arrested him, return his Dodge Durango and $74,960 in cash