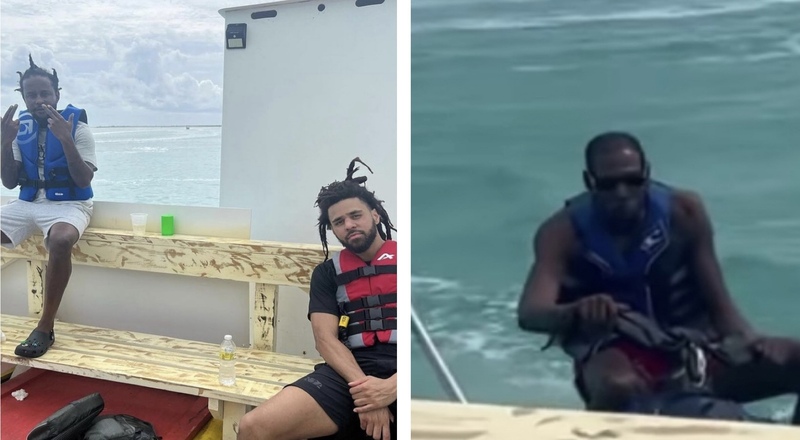 Many are looking for ways to end their summer vacations with a bang, which includes going to tropical islands. This was recently the case for J. Cole, Kevin Durant, Drake, and Popcaan.

The four of them went viral on Tuesday, for their trip to the Turks and Caicos Islands, together. They all went jet skiing, as Popcaan and J. Cole posed for a photo together, while on a boat. Kevin Durant was casually riding his jet ski, while sporting a pair of black sunglasses. Drake appeared to be riding his jet ski, behind KD.

Durant has been a big trending topic in August, as he called off his trade request from the Brooklyn Nets, last week. Durant initially made this request, in late June. Kyrie Irving also opted into the last year of his contract with the Nets, after many believed he’d also get traded.

In June, Drake also put out his surprise seventh studio album, “Honestly, Nevermind.” That explored a dance/EDM genre, as Drake scored his seventh number one studio album. J. Cole released his “D-Day: A Gangsta Grillz Mixtape” with DJ Drama and his Dreamville label, earlier this year. Popcaan’s last project was “FIXTAPE,” in August 2020.

Check out Kevin Durant, Drake, Popcaan, and J. Cole in Turks and Caicos, below.