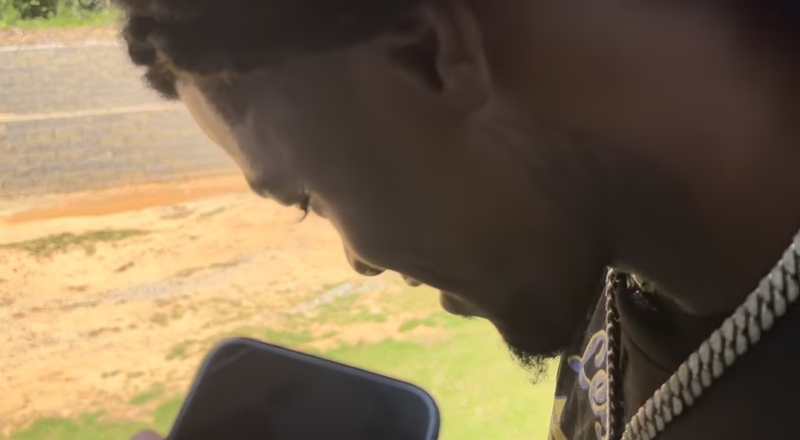 It’s been over a month and a half now, since Young Thug, Gunna, and 26 other members of their YSL crew were hit with a 56-count indictment. This was for alleged RICO, murder, and street gang crimes. Thug and Gunna’s requests for bond were both denied, and will remain in jail until their trials, in January 2023.

Thug is still trying to remain in good spirits, despite his ongoing circumstances. One of Thug’s new YSL artists, who is also his nephew, B Slime, recently shared a video of a phone call with Thug. From jail, Thug delivered a freestyle on the phone, where he rapped about his situation.

“I’m just sitting here in my cell like damn, I’m really in jail. God give me another chance to show you I can prevail.”

Thug is also being accused of rapping about shooting at YFN Lucci’s mother. This was in Juice WRLD’s 2021 “Bad Boy” song. Thug’s YSL crew is also accused of being the ones who stabbed Lucci in jail, back in March. That resulted in Lucci requesting an emergency bond hearing.

More in Hip Hop News
Drake reveals that another “Scary Hours” EP is coming, and a poetry book, after his latest release of “Honestly, Nevermind” album [VIDEO]
Fan claims that Big Sean and Jhené Aiko are expecting first child together, after allegedly seeing Jhené with baby bump