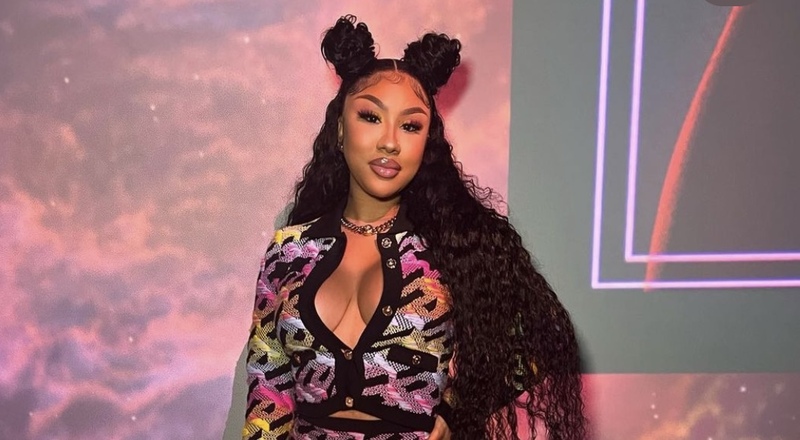 Back in Janaury, Ari Fletcher received plenty of backlash, online. This was due to her making insensitive comments, regarding domestic violence. That came after she got cooked on social media, for saying she likes her men to point guns at her.

When Ari mentioned domestic violence on Instagram Live, she victim-blamed. She constantly kept saying “Nobody cares what happened to you.”

Now, in a new episode of “The Impact Atlanta,” Ari admits that she did lose a $150,000 Savage x Fenty deal, after she made those comments. This comes after rumors circulated that this in fact happened.

Ari also also recently claimed that she’s the pregnant woman in the photo that Moneybagg Yo posted, last month. This was revealed during her cooking show on YouTube, but many don’t believe it to be true, due to her on and off relationship with Moneybagg.

Check out Ari Fletcher discussing her domestic violence comments, as well as losing her Savage x Fenty deal, below.

Ari Fletcher Says She Lost Her $150K Savage X Fenty Deal Because She Lost Her Instagram Page And Not Because Of The Domestic Violence Comments She Made. [🎥: @betplus] pic.twitter.com/P8bWRgZX0c

More in Hip Hop News
GloRilla trends on Twitter, as fans learn her name is Gloria Hallelujah
Tory Lanez says he will executive produce Iggy Azalea’s next album, as they’re still rumored to be dating