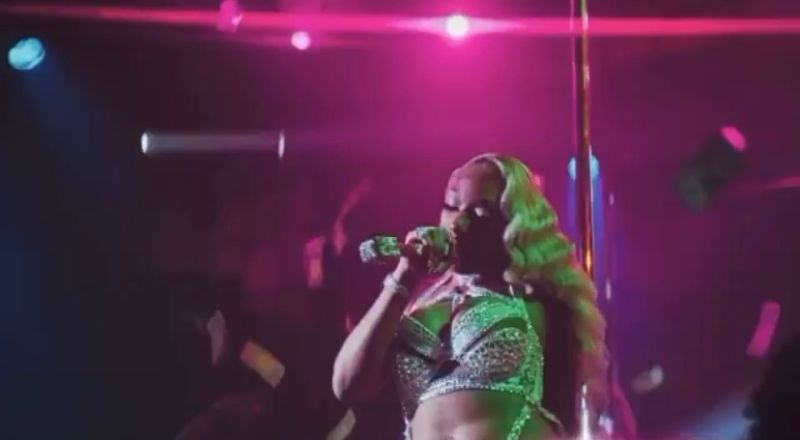 Megan Thee Stallion makes her debut on the the hit show P-Valley with fans praising the rap star on Twitter. The show which airs on the STARZ network teased a Megan Thee Stallion appearance earlier in the season. Megan’s voice was heard during an earlier episode which confirmed her moment across the screen was quickly approaching. In the new episode of P-Valley Megan is performing with Lil Murder played by actor J.Alphonse Nicholson. The scene takes place in the Pynk as Tina Snow comes in rocking an all white crystal one-piece paired with an all white fur coat.

Megan Thee Stallion continues to dominate the pop culture and the music industry. Megan’s first mixtape Fever gained worldwide praise in 2018 followed by the release of Suga in 2020. Both projects reached top 10 on the Billboard charts, showing the music world what she is capable of. Since then Megan has released music with major artist including Cardi B, Beyoncé and Nicki Minaj.

Aside from her dominating music she’s gained a devoted fan base of hotties all over the world. As news spread about her new acting role her fans did not hesitate to show their support to the mega star. Via Twitter Megan began trending as images circulated showing “Tina Snow” performing. See fans reaction’s below.