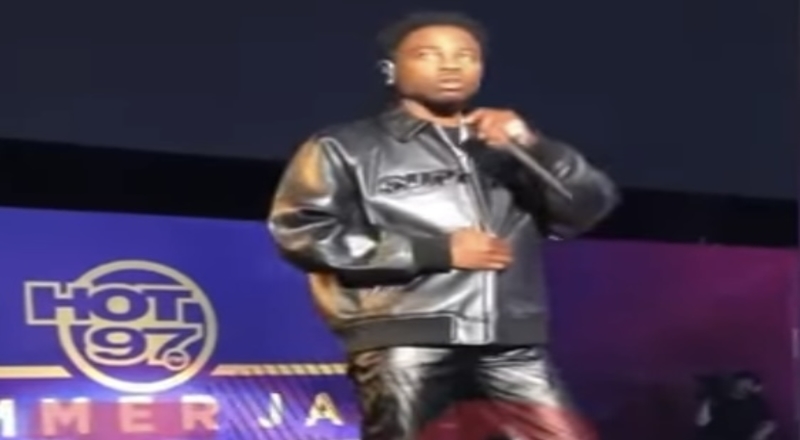 Roddy ended up being released from custody, on Sunday afternoon. The Compton rapper was all smiles as well, following him being let go. It’s unclear how much Roddy had to pay for his bond, though.

On Sunday night, Roddy went on to perform at the annual Hot 97 Summer Jam concert, in East Rutherford, NJ. This concert was again held at MetLife Stadium, home of the NFL’s New York Jets and New York Giants.

During Roddy’s performance, he said “F*ck NYPD” and also got the fans to say it. Roddy may be arraigned for his gun charges though, on Monday.

Check out Roddy Ricch dissing the NYPD at Summer Jam, below.

More in Hip Hop News
Kodak Black says he and Drake have an album’s worth of music recorded, together [VIDEO]
Post Malone’s “Twelve Carat Toothache” album debuts at number two, in US