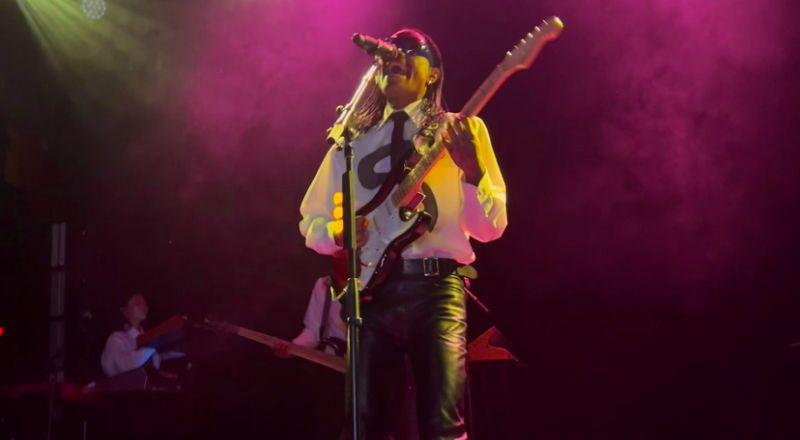 Steve Lacy is getting his flowers sooner than later. Steve Lacy trends on Twitter after an amazing live show in Brooklyn, New York last night. Quietly kicking off his Give You The World Tour, Steve performed a small set with his band in matching outfits. With very little promotion, fans called his set a “secret show” as multiple videos of Steve’s guitar solo flooded the internet.

Steve Lacy is becoming an icon in the music world. As a singer, songwriter, producer and guitarist his influence is major. Originally apart of the band The Internet, Steve Lacy along with the other members each pursued a solo career after four studio albums. Steve continued producing, ultimately working with legends like Kendrick Lamar, Solange, Mac Miller, J.Cole and Kanye West.

Steve Lacy released his second studio album Gemini Rights earlier in 2022 receiving worldwide praise. The 10-track album combines rnb, soul, rock and so much more. Since its release the album has reached over 500 million streams, with over $222,000 made in sales. Steve mentioned via social media that a possible tour would be happening throughout the U.S with the possibility of overseas. With very little promotion, Steve has apparently began his tour with Brooklyn being the first stop. Fans couldn’t resist sharing the moment as videos and pictures of Steve and his band surfaced online after the show.