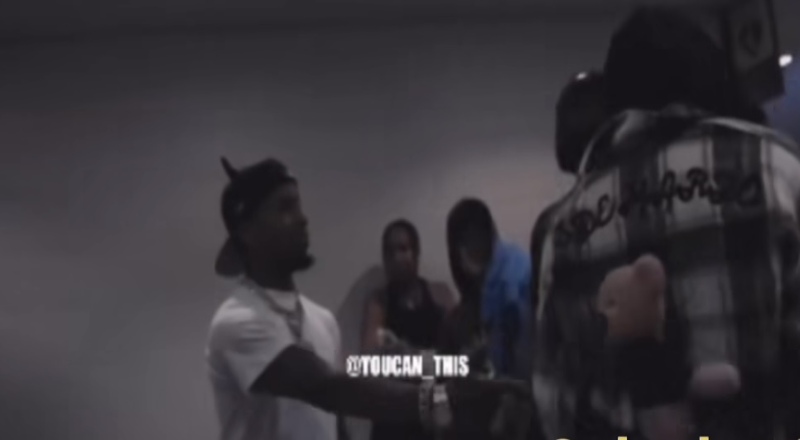 Tory Lanez being investigated for assault of August Alsina

Over the weekend, reports surfaced that Tory Lanez knocked out August Alsina. This was allegedly due to August refusing to shake Tory’s hand. August supposedly did that, due to Tory saying August snitched on the entanglement, with Jada Pinkett.

August went on to post an injury to his lip, in the aftermath of this alleged fight. He called Tory a “leprechaun,” and explained how Tory approached him with over seven security guards. August added that his immunocompromised heath conditions prevent him from shaking hands, with many people. Tory went on to take to his Instagram stories, to deny that this happened at all, as he claims that he was in the studio.

However, a video soon surfaced, of August walking past Tory, and not shaking his hand. This resulted in Tory apparently charging August, and that’s when the reported assault happened.

Now, Tory is said to be under investigation now, according to Pitchfork. This is under the Los Angeles District Attorney’s office. They have since released a statement, regarding this case.

“We are aware of the allegations that the defendant attacked artist August Alsina and are investigating these claims. The allegations are serious and will be thoroughly examined.”

Tory is also going to trial at some point, this fall. This is for his felony assault case from July 2020, where he is accused of shooting Megan Thee Stallion. He faces 22 years and eight months in prison, if convicted.

Tory Lanez being investigated for assault of August Alsina